EDITORIAL | The decision by the British government to suspend parliament in order to prevent it from exercising any meaningful influence on the Brexit process at a crucial time is profoundly anti-democratic.

Remember the fable of the boiling frog? If the frog were put into boiling water, the fable goes, it would jump straight out again because it would notice how hot the water is. But because the frog is put in tepid water which is then gradually heated, it fails to recognise the danger until it is too late and it can no longer save itself. Result: one dead frog. Replace the frog in the fable with British democracy and we have a perfect metaphor for what is happening in Britain at the moment. The water started heating up three years ago and now is almost at boiling point. The anti-democratic course being pursued by Boris Johnson’s government seeks to remove the inconvenience of parliamentary scrutiny of its decision-making on an issue that will fundamentally change the future of the country for a long time to come. That is what dictators do.

We are talking, of course, about Brexit – the Brexit which was supposed to restore sovereignty to that same UK parliament which the government is now seeking to shut down so that there can be no meaningful opposition to the extreme form of no-deal Brexit that Johnson and his government is seeking to push through.

Just to remind ourselves of some of the people we are dealing with here, there is foreign secretary  Dominic Raab, apparently unaware when he was Brexit secretary of the port of Dover’s  importance for British trade; or home secretary Priti Patel, sacked from a previous government for breaching the ministerial code of conduct. And then there is the prime minister himself, Boris Johnson, who is well known to have a somewhat difficult relationship with the truth. Whatever view one might take of the competence, ethics and brand of hard right neoliberal politics of the Johnson government, it has revealed itself as excelling at scheming to subvert democracy.

We could see the first signs of  the attempt to bypass and undermine parliament – the water beginning to heat up – at the beginning of the Brexit process three years ago when leading Brexiters sought to exclude any further meaningful debate on the subject after the referendum and branded opponents as going against the “will of the people”, such as it was. At that time the High Court ruled in a case brought to defend the rights of parliament that the legislature should have a say about Britain leaving the EU rather than simply allowing the then government to declare the country’s exit. The judges were branded “enemies of the people” for their trouble. Liz Truss, the then justice secretary and now once again another member of Johnson’s government, took a long time before she came to a lukewarm defence of the judges.

Meanwhile the water has grown dangerously hot. But will the frog notice and do something about it before it is too late? We can take some comfort from the uproar which Boris Johnson’s move has caused across the political spectrum in the United Kingdom, including strong condemnation from the leaders of Scotland and Wales. But only a little. There are too many who think that this is a perfectly legitimate move in such a matter of overriding national importance as Brexit. Suspending parliament might become a habit for any government faced with awkward opposition to its plans. Boris Johnson is only the latest in an increasingly long line of right-wing populist autocratic leaders who think democracy does not really apply to them – think Donald Trump, Recep Tayyip Erdogan, Jair Bolsonaro, Viktor Orban. Now more than ever we are called upon to jealously and vigilantly guard our democracies. And we have to wrestle with the fact that parliamentary procedures which are legitimate in other contexts can also be used by those so inclined to subvert democracy.

Boris Johnson’s suspension of parliament is a particularly blatant example and we can put it no better than the speaker of the House of Commons, John Bercow: “However it is dressed up, it is blindingly obvious that the purpose of prorogation [suspension] now would be to stop Parliament debating Brexit and performing its duty in shaping a course for the country. At this time, one of the most challenging in our nation’s history, it is vital that our Parliament has its say. After all, we live in a parliamentary democracy.” For now. 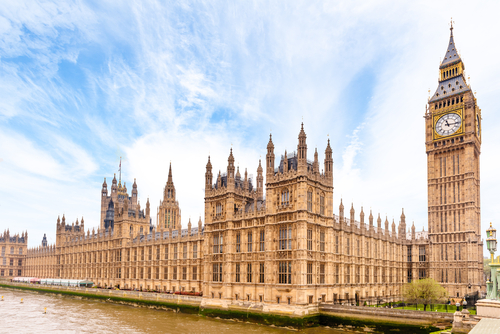 The Houses of Parliament in London. The government is seeking to stop its members influencing the course of Brexit by suspending it for a crucial period.<br>Photo: Richie Chan / Shutterstock.com