In the face of an ongoing funding problems, the Mbagathi Rudolf Steiner School in Kenya, which caters for children from the most underprivileged backgrounds, is seeking more stable and innovative forms of sponsorship.

The Mbagathi Rudolf Steiner School’s “unique commitment to support underpriviledge children” had also led to an ongoing struggle to find a sound financial basis for the school since the majority of parents are unable to pay the school fees, the school says.

Most of the children at the “Mother School of East Africa” come from families where poverty affects many aspects of their lives; many are orphans. Food, clothing and school fees are daily struggles, and fear of a future in poverty with no real hope for change is a major hindrance.

Families live with AIDS, alcohol and drug abuse. A lack of infrastructure, such as a fresh water supply, electricity and sanitation, creates unacceptable living conditions for the families but particularly for the children, the school explains.

Among other things, the school offers the children a hot meal every day and the funding shortfall last year corresponded to the cost of those meals. The school also offers a boarding facility, currently with 121 children, and many of them are orphans.

The Mbagathi school with its 325 children made up the deficit last year but now expects the same problem in 2018: “We made up the deficit for 2017 but 2018 has the same shortfall forecast. Therefore our emphasis in on regular monthly sponsorship donations and if we get enough this would prevent our yearly shortfalls,” the school leader Judith Brown told NNA earlier this year.

The school is therefore pushing hard to persuade sponsors to move to regular monthly donations. It is also moving the focus from sponsorship of individual children to the whole school.

“We want the children to grow up as equal and free human beings. We desire to remove the burden from children of knowing about school fees and who pays them and the whole global economic situation.

“Therefore we go forward with a new way of sponsoring where you as a sponsor do not sponsor an individual child but support the whole school,” a sponsorship appeal says.

The school is keen to emphasise that all the spnosorship money provided in this way goes directly to supporting the school through helping to cover the school fees.

The Mbagathi Rudolf Steiner School started in 1989 and from the beginning the school took on the huge task of supporting underprivileged children. This strong aim and focus has shaped the school throughout its existence and has always formed its core idea.

Over the years, the “Mother School” has grown into a strong foundation for the whole development of Steiner/Waldorf education in East Africa. There are now schools, kindergartens and smaller initiatives in Kenya, Tanzania and Uganda, even spreading to Zanzibar and Madagascar. 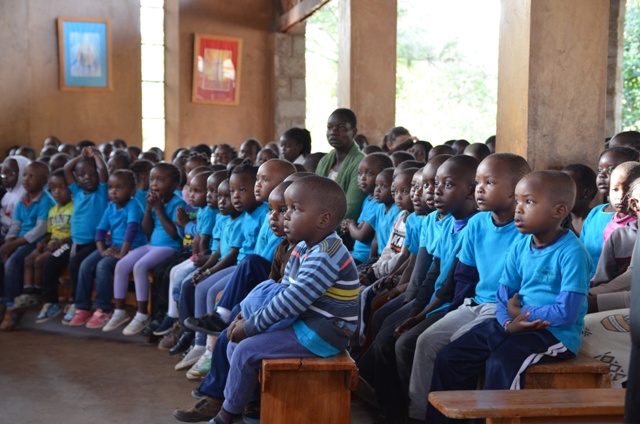