The Stuttgart Institute for Contemporary Social Questions has called for vigilance among anthroposophists against right-wing extremism in the corona protests to avoid allying themselves with “regressive and subversive” forces.

STUTTGART (NNA) – A German institute for social threefolding, the Stuttgart Institut für sozial Gegenwartsfragen (Institute for Contemporary Social Questions), has warned anthroposophists against associating themselves with coronavirus protests being infiltrated by right-wing extremists.

In a statement, the Instutute warned that the demonstrations against government measures against COVID-19 contained “great danger” and the anthroposophical movement would be well advised to take an “extremely vigilant attitude” towards these protests and to “rigorously oppose right-wing extremism”.

The Institute’s intervention in early September in the ongoing and not always fact-based debate within the anthroposophical movement about measures against the coronavirus was triggered by a protest demonstration in Berlin at the end of August in which a group of right-wing extremsist tried to storm the German parliament building.

Since its foundation in 1991, the Institute, which is linked with names such as Prof André Bleicher, Udo Hermannstorfer, Stefan Padberg and Prof Christoph Strawe who all signed the statement, has studied current societal debates and continues to develop the ideas of social renewal associated with the concept of social threefolding.

The Institute says it was approached by corona sceptics to act for them in an advisory capacity, including in a “constitutional convention”, but “in view of the current situation” had sharply rejected any such requests. Some corona sceptics have called into question the legality of the German constitution and government. The Institute considers such a proposal to have “no legitimacy”.

As a matter of principle the Institute considered rumours spread in various social media associated with the corona protest movement to be “irrelevant”. “Extreme caution” was advisable in dealing with them as extreme right-wing forces were active in this movement which wanted to “impose regressive and subversive content” on the protests.

The Institute said it saw no reason to start a “constitutional process” or to demand the “immediate resignation of the entire government”. Nor did the signatories believe that “all corona measures must be ended immediately”. Instead, a differentiated debate with all relevant groups and persons on the current situation and further action in the corona crisis should be sought. To this end the Institute linked its statement to an appeal by various civil society organisations which also calls for such a debate.

To evaluate the corona measures, the organisations proposed the convening of a parliamentary commission, half of which would be made up of members of the German Bundestag (parliament) and half of representatives of civil society.

The Institute für soziale Gegenwartsfragen currently sees “wishful thinking” at work within the anthroposophical movement. Participation in the corona protests neither supported social renewal in the sense of threefolding nor did it help anthroposophy gain public recognition. On the contrary, the opposite would be the case.

If the Institute were to become involved in the corona protests, there would be a risk that “the entire approach to social renewal associated with Rudolf Steiner's life's work would be increasingly associated in the public perception with right-wing esoteric ideas”. That would be an “extremely heavy burden for this important impulse of renewal to take into the future”, Bleicher, Hermannstorfer, Padberg and Strawe said in the statement. 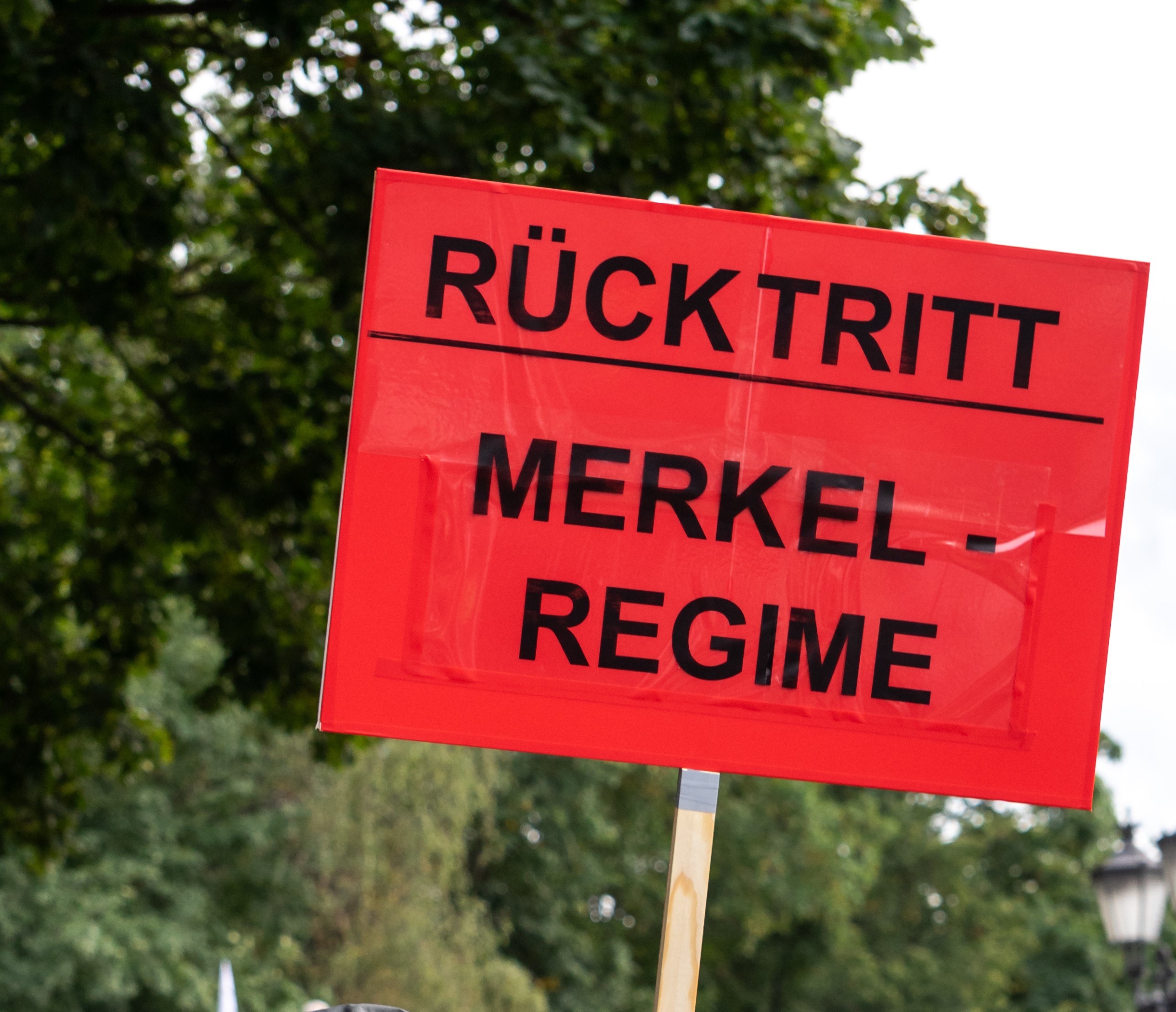 Demonstrators in Berlin at the end of August call for the removal of the "Merkel regime".<br>Photo: Jaz_Online / Shutterstock.com