The documentary, “The Challenge of Rudolf Steiner”, involved filming in five countries and three continents. The two-part documentary (each part runs for 90 minutes) gives an historical overview of Steiner's life, as well as looking at examples of his legacy around the world.

“This documentary will confront both the challenge of understanding the essence of Steiner's message, as well as the challenge of taking what lay behind that message into the future,” Cupola Productions, the company specially set up to make and distribute the film and raise funding for it, says on its website. “How can his genius help us to tackle the ecological, psychological and spiritual crises that we face today? How do we balance our inner quest with our outer deeds?”

Filming took place in Austria, Switzerland, India, the USA and in Britain. As well as relating the story of Rudolf Steiner's life, the film looks at some of the current work inspired by his insights - in particular the Waldorf School movement, biodynamic agriculture, eurythmy, Camphill communities and Ruskin Mill, Weleda and the worldwide network of anthroposophical medical work, including the Hiscia Institute in Arlesheim, Switzerland, and the Blackthorn Medical Centre in Maidstone, UK.

Stedall was also present at an AGM in London of Triodos Bank, a biographical counsellor training course at Emerson College, a conference in Hyderabad of the Asia Pacific Region of the Anthroposophical Society, and an international medical conference at the Goetheanum in Dornach, Switzerland, the headquarters of the General Anthroposophical Society.

Another aspect the documentary examines is moves to take Waldorf educational ideas into mainstream schooling through the charter school movement in the USA and the academies programme in Britain.

For Jonathan Stedall the documentary marks the fulfilment of a project which has been long in the making: “The two parallel threads in my life have been my work as a documentary film-maker and my deep interest in the work of Rudolf Steiner,” he told NNA.

“Having made a number of films for the BBC about Camphill schools and village communities in the UK, Germany, Switzerland and the USA, and in 1994 a promotional film for the Steiner Schools Fellowship in Britain, I have now, at last, had the opportunity to explore the broader picture - the life and legacy of someone whose ideas and insights are, I believe, ever more relevant,” Stedall explained.

There is also something else which made this appear the right time for the film-maker to realise this project: “Filming during 2011 - the 150th anniversary year of Steiner's birth - I realised that quite by chance (if you believe there is such a thing as chance) it was my fiftieth year as a filmmaker. And although I have on a number of occasions in the past tried to launch such a project, I am in fact grateful that I have had to wait so long; for although there is much that I could still learn about film-making - and certainly a great deal more about Steiner's extraordinary life and gifts - I am at least marginally more experienced than I was ten or twenty years ago - or even yesterday!”

“The Challenge of Rudolf Steiner” is aimed at television audiences throughout the English speaking world, as well as at the art house and film festival circuits. It will also be available for distribution on DVD. If funds are forthcoming, there are also plans to make available as separate downloads some of the unused material, such as longer versions of the interviews with the people featured in the documentary.

Last year marked director Jonathan Stedall's fiftieth year as a documentary filmmaker, 27 of those at the BBC, having worked with many prominent figures in public life. His previous films include documentaries on Tolstoy, Gandhi and Carl Jung, and on the work of Camphill. His book “Where on Earth is Heaven?” was published in 2009.

Screenings for 2012 so far announced: 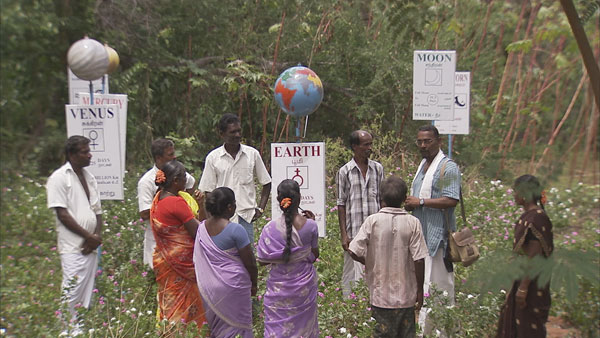