Friends of Waldorf Education hand over work in Philippines

With the Friends of Waldorf Education concluding their emergency education work in the Philippines three years after Typhoon Haiyan, local experts will now take over. But the funding question remains unresolved.

COTABATO CITY (NNA) – On 7 November 2013 Typhoon Haiyan hit the Philippines with devastating consequences. The central part of the country was worst affected, with the most fatalities and destruction in the provincial capital Tacloban.

As soon as telephone links were working again, a member of the international Waldorf organisation Friends of Waldorf Education established contact with local people who could give assistance in providing help.

Now, three years later, this work has been concluded – while at the same time a door has been opened which could help to support peace in Mindanao, the large island in the south which has been subject to a bloody civil war for the last forty years.

Members of the Friends travelled to Tacloban in early December for their sixth emergency education deployment to inspect the situation of the projects there and provide advice for the transition to full local responsibility. The “child-friendly spaces” created to manage the traumas resulting from the typhoon have existed in the past three years with funding from the Friends and the aim is to keep them going.

For although children are very much loved in the Philippines, they are nevertheless subject to traumatic experiences other than natural disasters, be it the massively loud blaring of karaoke and TV, the unrestricted use of virtual technology or, simply, because poverty and a lack of education contribute to ill-treatment and abuse.

Maintaining protected spaces for children is thus very important. But the question as to how the existing places are to continue to be financed when current funding runs out at the end of December has not so far been resolved and it is doubtful that a solution can be found by the start of next year.

An important contribution arising from the work of the Friends in Tacloban has been the organisation of several training courses in emergency education. The first such event at the end of 2013 drew more than 100 participants. This developed into an independent Philippine emergency response team.

Now the last such training from the Friends took place from 7 to 9 December in Notre Dame University in Cotabato City with 49 participants and contributors from Germany and the Philippines. This could open a door for further positive developments.

An existence fit for children

Cotabato City lies in the province of Maguindanao in the middle western part of Mindanao. Maguindanao is notorious for a massacre which took place on 23 November 2009, seven years almost to the day before the present training course. Thirty-four journalists were killed as well as 24 family members and staff of a candidate to become governor.

In this case the violence was the result of a feud between two Muslim families. But the fronts on the island of Mindanao run between many different groupings, sometimes based on ideology, sometimes identity or pure criminality, as is the case with extortion and kidnapping.

The extensive network of the foundation which organised the December training course in Mindanao meant that there were participants not just from Manila and Maguindanao but above all from various places on the violence-hit island itself: North Cotabato, Davao, Lanao del Sur, Lanao del Norte, Cagayan de Oro and Tawi Tawi. These participants work in a variety of governmental and non-governmental organisations, schools and universities.

Even if the peace process in Mindanao was not directly the subject of the training course, the peace-building approaches of anthroposophical emergency education will in this way disseminate to many regions and organisations in Mindanao. A contribution, then, to a present and a future for the children of Mindanao which is fit for human beings.

And also, perhaps, a contribution to the dialogue between the many hostile parties. At the very least, the event opened up many questions and aroused great interest, and the Philippine teachers, childcare workers, doctors and therapists are likely to have their work cut out to meet the demand for more information about Waldorf and emergency education. 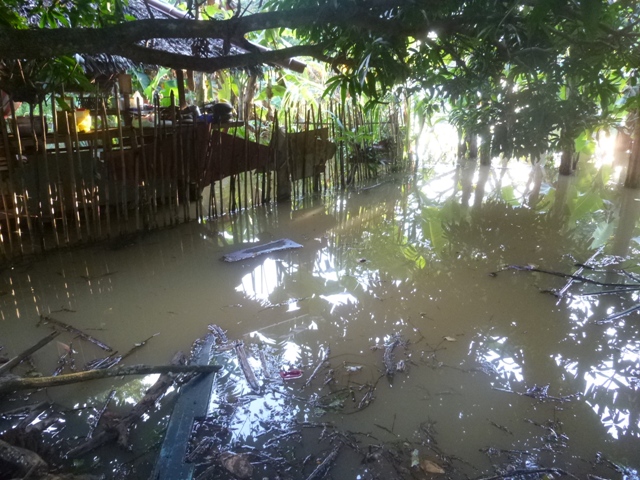