The Swiss globalisation critic Jean Ziegler has criticised the way the G20 summit operates and has called for problems to be solved in a UN context. But he praised the refugee policy of German chancellor Angela Merkel.

HAMBURG (NNA) – The prominent critic of globalisation Jean Ziegler has criticised the way international leaders operate in the G20 summit as inappropriate and has called for its abolition.

Speaking on television and in newspaper interviews, the Swiss sociologist said the pressing problems of the world should be solved in the context of the UN.

The heads of state and government gathered at the G20 summit in Hamburg were “subservient to and lackies of big business”, Ziegler said in the ARD TV programme Aspekte; the G20 had no legal or political basis. Politicians were meeting behind a protective screen of 20,000 police officers to take decisions “which no one knows about and which cannot be monitored”.

The G20 countries represented only a part of the world’s population and had no right to take decisions which affected all the people in the world.

Ziegler saw the western states as “simulative democracies”. Institutions such as parliaments worked well from an outside perspective but that is not where the real power lay. This was located with the financial oligarchy which eluded any control.

Ziegler considered foreign debt to be the crucial mechanism which led to the impoverishment of many states and the growing social injustice in the world. The 85 biggest billionaires controlled as much wealth as 4.5 billion of the poorest people, Ziegler said in an interview with the newspaper Stuttgarter Nachrichten. He was fighting for the normative control of big corporations in the UN Human Rights Council.

What was urgently necessary was a world food programme to combat hunger in Somalia, Yemen, South Sudan and Kenya. Furthermore, the “terrible tragedy in the Mediterranean” had to be stopped through concentrated military action against the organised criminal gangs of people smugglers.

These were the tasks which the G20 summit should set itself – alongside protecting the climate, security policy and the development of Africa.

In an interview with NDR television Ziegler praised the refugee policy of German chancellor Angela Merkel who had acted in a “warm-hearted and exemplary manner for Europe”. In her independence and the will for European solidarity she had done “great things”.

Ziegler currently sees a “cultural split” between the American leadership and Germany. There would be a “lonely battle for Germany and the EU”. “But it has to be waged, and that also represents great hope,” Ziegler emphasised. 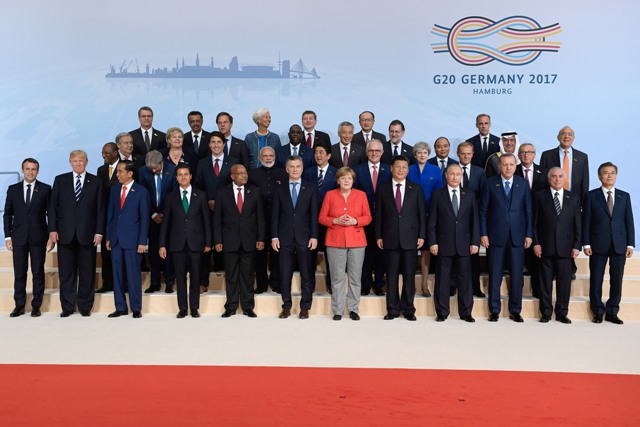 Group photo of the G20 heads of state and government. Photo: Federal Government/Güngör 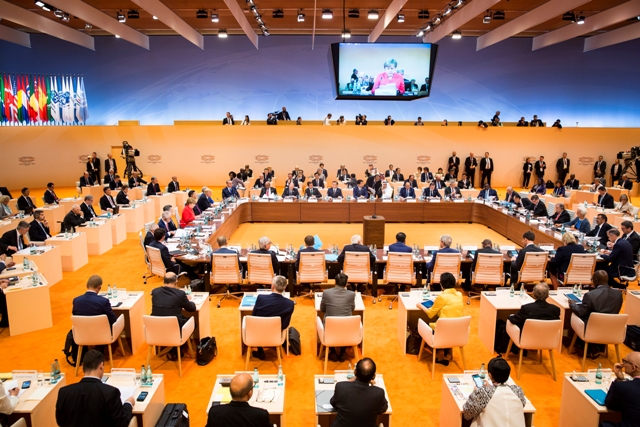 The first working session of the heads of state and government. Subservient to big business? Photo: Federal Government/Steins