Holidays with a purpose

The Centro de Terapia Antroposófica on Lanzarote aims to reverse a recent fall in visitor numbers by attracting new target groups with a revised and extended programme.

PUERTO DEL CARMEN/LANZAROTE (NNA) – Rest and recuperation on a volcanic island: for more than twenty-five years the Centro de Terapia Antroposófica has offered its specific holiday concept in Puerto del Carmen on Lanzarote that includes therapies and a cultural programme. Now the Centro aims to attract additional target groups with a new programme for families, people with support needs and as a conference centre.

“Doing something meaningful alongside a relaxing holiday is our hallmark: holidays with a purpose, either through preventive treatments and relaxing therapies or through our varied cultural programme such as painting, lectures or eurythmy,” says Robert Schmid, president of the Fundación Canaria Anthroposófica on Lanzarote.

“But now we have to rethink what we offer to a certain extent because visitor numbers have clearly fallen in the last two years,” he explains.

One reason for that is the reduced number of direct flights to Lanzarote. In the winter months there were now just 39 instead of the previous 54 direct flights per week from Germany, for example, and the number of airlines was also shrinking: “In the summer holidays, in particular, flights have now become so expensive that many families can no longer afford them.”

Now the Centro has redesigned its website and made it easier to navigate and it will be available in three languages – an English version is also planned alongside German and Spanish. It is also possible to book directly via the website. The aim is to attract more Spanish families with anthroposophical connections (Waldorf) and the Centro has already established a connection with the Waldorf kindergarten on the island.

Rooms at the Finca, which belongs to the Centro, will in future also be available for smaller celebrations. “Nature weddings” in the countryside were becoming popular, Robert Schmid says, and also consciously celebrated family events with a natural and ecological orientation were contributing to making the resources of the Centro better known.

Additional activities for families with a continuous children’s programme have also been created such as the Manitas Verdas programme, a family workshop in which the family can garden together on special plots of land on the finca or bake in the organic bakery. A trail for the senses is being built on the finca. These activities are available for all families and guests, Schmid says.

There has already been a clear increase in the use of the Centro as a conference venue and increasing numbers of lecturers are coming with their groups for fasting holidays, for example, or also for preventive healthcare. This segment is also something that the Centro management wants to expand. In the medical field, special services have been developed for Parkinson’s patients which are run in collaboration with Dr Siegwart Elsaß from the Ita Wegmann Clinic in Arlesheim. Dr Elsaß had noticed the beneficial effects of the island for this particular patient group in an old friend of his who had fallen ill with the disease, Robert Schmid recounts.

The presence of special needs teachers in the Centro team now also offers the opportunity to provide holiday services also for people with support needs, individually or in groups, or indeed together with their carers. Here, too, excursions, therapies and artistic activities are part of the programme. The Centro continues to offer health cures: “Lanzarote is always the place of choice when people are burnt out,” Roberto Schmid says.

“The choice is yours”

Those who want to tailor their health cure to their own individual needs can decide for themselves what therapies they want to make use of. “The choice is yours – that has always been the benefit we offer,”  highlights Schmid and hopes that many of the people suffering from the stresses and exhaustion of our time who could gather new strength through a stay in Lanzarote will find their way to the Centro in the new year.

The Centro de Terapia was founded by Enrique and Lilo Winzer  who – friends of the Lanzarote artist Cesar Manrique – acquired the Finca Llomos Altos on Lanzarote in the late 1970s to start a biodynamic farm there. When guests with chronic illnesses clearly showed improvement on the volcanic island, the idea was born to set up a therapeutic centre on Lanzarote.

Since the building stop on the island, which was declared a biosphere reserve by UNESCO in 1993, made further buildings on the Finca impossible, Winzer took up an offer to add the Tamarindos apartment complex in Puerto del Carmen to the Finca – giving birth to the Centro de Terapia on Lanzarote with its cultural programme and many different therapeutic services. A therapy building was added in 1997 and, later on, additional accommodation on the Finca.

Enrique Winzer died in 2004 and Lilo in 2008. Robert Schmid became the new president of the Fundación still during Enrique Winzer’s lifetime. He was for many years a manager with Daimler-Benz and the aerospace group EADS (the forerunner of Airbus). He spent the early years of his life in Madrid and is therefore just as at home in Spanish and in German. The activities undertaken by the Fundación range from agriculture through medicine and education to alternative businesses.

Apart from the Centro and the Finca, the life’s work of the Winzers also includes a Waldorf kindergarten since 2001 with meanwhile over forty children in San Bartolomé. It is attended mostly by the children of Spanish parents and thus represents an important link between the anthroposophical activities on Lanzarote and the inhabitants of the island. Enrique Winzer was also planning to set up a Waldorf school but it has not been possible to realised that yet. 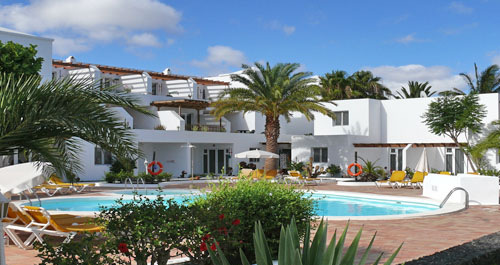