Kings Langley Rudolf Steiner School in England is fighting closure by the authorities following serious failings in school practice and governance. A new leadership has set the school on a process of radical reform.

KINGS LANGLEY (NNA) – A long-established Rudolf Steiner School in the United Kingdom is fighting to stay open following a decision by the Department for Education (DfE) in England to deregister the school from the Register of Independent Schools. If the school cannot reverse the decision, it will have to close.

Kings Langley Rudolf Steiner School (RSSKL) received the deregistration notice in July following a series of school inspections which found serious failings in its compliance with the independent school standards, particularly relating to the welfare and safeguarding of pupils, as well as mangement and leadership issues.

In its last report for Kings Langely from May, schools regulator Ofsted noted that “leaders had failed to take decisive action to address reasonable and serious concerns raised by parents” regarding the welfare, health and safety of pupils and that decisions had not been based at all times “on what is in the best interests of the child”.

“Leaders have failed to identify that the culture of close relationships at the school puts pupils at risk. Professional boundaries between staff, parents and pupils are not maintained,” the inspectors found.

The school has acknowledged that there were “real and serious failings going back several years” which it described as “unacceptable” in a public statement and it has apologised for failing “to provide the safe and supportive learning environment it should and would wish to provide”.

One teacher was dismissed in January for gross misconduct following a series of concerns about safeguarding and SEND (Special Educational Need and Disability) provision, reluctance to follow management guidance and a breakdown of trust and confidence, the public statement says.

At the same time the statement points out that “many children continue to enjoy a good education at RSSKL, thanks to the many committed teachers and staff who are working hard to realise that mission and a hugely supportive student body.” Despite the uncertainty, the school has managed to retain most of its pupils.

The school has embarked on a thorough process of reform. A completely new board of trustees has been appointed as well as a principal whom the school describes as having “extensive experience in school improvement and transformation”.

Arguing that – while recognising the work still to be done – deregistration would be disproportionate and detrimenal to the community in the context of improvements made and the steps being put into place, Kings Langley intends to appeal the DfE’s decision and a tribunal hearing has been set for February of next year.

If it comes to a hearing, sources familiar with the school say Kings Langley is hopeful that the major changes in its procedures and way of doing things already underway will enable the school to argue in the appeal that the school leadership is seriously addressing its problems and strengthening those things it is already doing well – and, crucially, that there is a real understanding of what went wrong and the will to change it as the prerequisite for moving forwards.

There is, however, a chance that if Kings Langley can demonstrate before the hearing that the issues are being seriously addressed and that there has been a change of mindset and school culture, another inspection – which could come as early as before Christmas in the present school term – may lead the DfE to reverse its decision before it comes to the tribunal hearing: “The best case scenario is that the school is able to demonstrate its progress to the satisfaction of the DfE, and the DfE withdraws the notice of deregistration,” it writes in information on its website.

“Our school and community are on a steep learning curve,” write the trustees in an update published on the school website at the beginning of October. “This is true of all Steiner Schools, as we adapt to a changing world and Steiner education evolves for the twenty-first century.

“We believe that as a School we should embrace that adaptive challenge with enthusiasm, turning our heads and hearts outwards to see what we can learn from those around us – wherever they come from.

“If we continue to listen, learn and evolve as a school then we cannot fail to meet the challenges ahead of us and flourish in the future,” the update concludes.

The school will be hoping that Ofsted and the Department for Education are taking note. 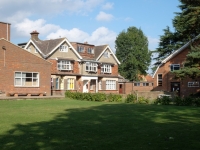