The Mbagathi Rudolf Steiner School faces a serious shortfall in funding this year due to falling sponsorship. It is appealing for support to cover the cost of daily meals for pupils from the poorest backgrounds.

NAIROBI (NNA) – The Mbagathi Waldorf School in Kenya is in a serious financial crisis following a significant drop in sponsorship this year and last year.

And the situation is unlikely to change in the future: “Due to the nature of the problem, the following years will also be difficult with a similar shortfall,” it adds.

As a school which caters for underprivileged children from very poor backgrounds, the Nairobi school offers its pupils two warm meals a day and the deficit corresponds to the cost of these meals – about KES 1200 per pupil per month (£9.00, €10.00, US$ 12.00).

The school has therefore launched an urgent “Meals Appeal” to cover the cost of the meals: “The daily meals at the school have really been crucial for the children’s health and development,” the appeal says.

But the issue is a more fundamental one. Funding is needed for the long-term stability of the school and it is the significant fall in sponsorship since 2016 with no sign of a change next year either which underlies the problem: “We have to raise our income in general to meet our mission of being a school for underpriviledged children.”

As well as the present “Meals Appeal” to cover the immediate deficit so that the Waldorf school can continue to feed its pupils, the Mbagathi school is looking at ways to strengthen its finances in general, both in the short and long term, so that it can “move forwards on a sound foundation into the future”. The school says it would welcome suggestions and a special sponsorship appeal is being planned.

The Mbagathi Waldorf School plays an important role in the whole of East Africa. Over the years the school has worked to strengthen and support Waldorf development in the region. One of its achievements has been to develop the “East African Association Committee”, a body which supports cooperation between the East African Waldorf initiatives and works on future strategy for the development of Steiner/Waldorf education in East Africa.

The Mbagathi school also runs a teacher training course open to teachers from other East African schools and organises conferences and workshops.

Apart from the funding issue, the school says that it is “in a very positive development – pedagogically and with all the activities supporting the daily life of the school”.

For further information about sponsoring the school contact: Judith Brown on rssmn (at) kenyaweb.com.
Donations: 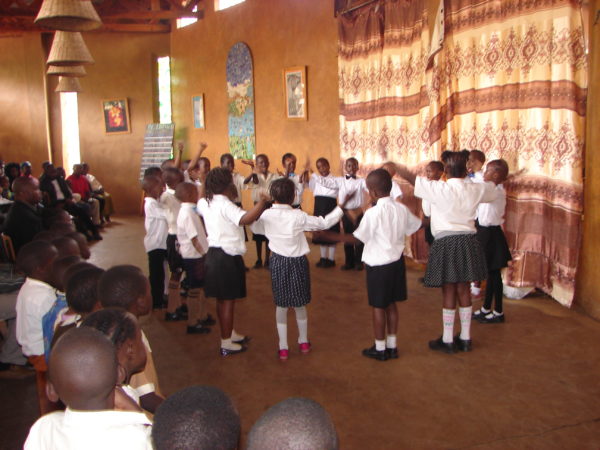