"Steiner Studies" is a new journal, published by academic publisher Fromman-Holzboog Verlag, devoted to scholarly research on the work of Rudolf Steiner. Co-editor Prof Hartmut Traub spoke with NNA about the new publication.

The editors are Prof Hartmut Traub from Alanus University and Dr Christian Clement from Brigham Young University. Prof Traub came to prominence in 2011 with a work about Rudolf Steiner’s philosophy, Philosophie und Anthroposophie – Die philosophische Weltanschauung Rudolf Steiners. Grundlagen und Kritik while Clement is well-known as the editor of the Critical Edition (SKA) of Steiner’s works of which the third volume, titled “Intellectual Biographies”, has recently been published.

The editorial principles of Steiner Studies set out an obligation to maintain high academic standards and independence.

The new journal has an advisory board which includes a wide spectrum of academics, including Steiner critics such as Prof Helmut Zander (Fribourg University) and Prof emeritus Heiner Ullrich (Mainz University) but also the esotericism researcher Prof Wouter Haanegraaff (Amsterdam University). The field of anthroposophy is represented by Prof Jost Schieren and Prof Wolf-Ulrich Klünker (both Alanus University). The task of the advisory board is to asses the suitability of texts submitted for publication by peer review to ensure that quality is maintained.

NNA: A new international journal devoted to scholarly research into Rudolf Steiner’s works, Steiner Studies, has been launched and is ready to receive submissions. Why now?

Prof Traub: Having successfully got the Critical Edition of Steiner’s writings underway in the respected publisher Frommann Holzboog Verlag, it seemed appropriate as a next step to set up an online journal which is guided by the same scholarly standards as the Critical Edition as a signal that Steiner research as a whole is entering the mainstream academic discourse.

NNA: There is already a journal for esoteric research, Aries. Why now a separate journal which takes its starting point from Steiner?

Prof Traub: There are two things to say in this respect. As far as I can see, it is currently understood in Steiner research that it is not necessarily the case that his thinking has to be approached primarily from an esoteric angle in order to be able to understand the genesis and content as well as the development of anthroposophy. Historical, biographical, philosophical, theological, philological and also scientific dimensions of his works can be adequately discussed and appropriately assessed only by also including the expertise in these disciplines I have just mentioned. This requires that we extend our view beyond the esoteric – without negating it. Since, as we know, Steiner tended rather to have philosophical and academic ambitions before he turned to theosophy, a primarily esoteric research approach is probably not to be recommended for Steiner research as a whole.

Secondly, such an extended research approach to Steiner and anthroposophy opens a wide but nevertheless specific research field which makes the founding of an independent critical scholarly journal more than worthwhile.

NNA: Which academic disciplines are involved?

Prof Traub: If you are referring to the academic advisory board of the journal with that question, then it would no doubt be desirable for all the disciplines I mentioned above to be represented in the people on it. That is not currently the case. At the moment, the advisory board includes education specialists, philosophers, theologians and, of course, anthroposophists.

NNA: What does critical mean in this context?

Prof Traub: The term critical – a key methodological term in the history of philosophy and thought since the Enlightenment – in the title of Steiner Studies indicates the intention to contribute to forming a judgement on topics in the fields of Steiner research mentioned above in a way that is both nuanced and based on criteria.

NNA: What articles in which subject areas would the editors like to see?

Prof Traub: Given the enormous range of Steiner’s thinking in general and anthroposophy in particular both in theory and practice, as we have already mentioned, the focus of articles in Steiner Studies should, in my view, be less on the question of the range of topics and rather on the question of the clarity of the respective research approach, i.e. on the methodological approach, the scientific analysis and the argumentative rigour as well as reflecting the current state of research in the chosen subject.

NNA: The perception of Rudolf Steiner in the academic world has changed in recent years – not least through your own work as well as the Critical Edition (SKA). What hopes do you have for the new journal in this respect?

Prof Traub: I hope the journal will encourage an open, intellectually nuanced, academically demanding, indeed perhaps imaginative approach in the sense of scientific theory which is prepared above all to engage in dialogue about Rudolf Steiner’s works.

NNA: In other words, in your view there is an opportunity to reach a different level in the discourse about Rudolf Steiner and get away from the current, often very polarised debate. After all, so far it has tended to be the case – with few exceptions – that Rudolf Steiner has been interpreted above all by anthroposophists who then often fiercely defended their work against criticism. This mostly led academic science to criticise that they are apologists for Rudolf Steiner. Such criticism then often tended to be polemical rather than a scientific, factual examination. Would it be true to characterise it like that?

Prof Traub: In detail, the picture is a little more differentiated than that. Because “the” anthroposophists are not some monolithic bloc in my experience. There are, for instance, at least three types – orthodox, moderately orthodox and critically liberal – and I once suggested that a distinction should be made between them. In the academic field, I know too few representatives who have concerned themselves with Steiner. But I would think that here, too, there would be a spectrum of approaches. Thus for example my teacher Georg Scherer and others critically examined Rudolf Steiner in academic discourse. In other words, in the intellectual debate – in education in particular – anthroposophy is indeed taken note of. The same applies correspondingly in complementary medicine, Demeter agriculture, esotericism research, and so on. Steiner Studies intendes to strengthen this discourse.

NNA: What has the response so far been to Steiner Studies from the anthroposophical movement?

Prof Traub: In my hardly representative perception very varied, but tending towards scepticism until now. Something I can understand, on the one hand. Because a perspective which extends the esoteric view questions the dominance of the latter as the sole legitimate research approach to Rudolf Steiner and anthroposophy.

On the other hand, the foundation of an academic journal about Steiner research could give reason to respond positively to such a project. After all, it represents an attempt to open Rudolf Steiner’s work, including its origin and reception in the history of ideas, to discourse in the academic world and to connect it – in a nuanced way – with the topics and questions which are being discussed there.

NNA: Thank you very much for the interesting interview. 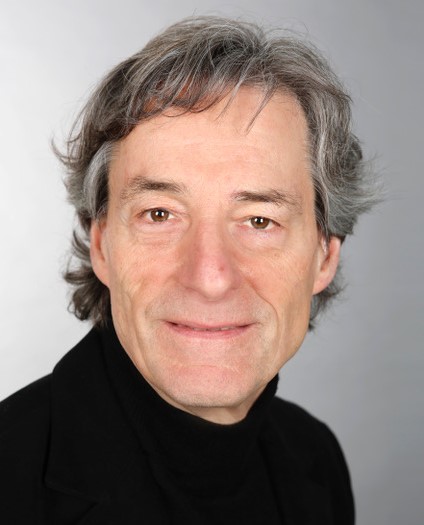