Philippines: cementing the state of emergency

In the Philippines, a new law with comprehensive powers to combat terrorism is being introduced. Critics fear that it is intended to cement the state of emergency and the “new normal” in the midst of the corona pandemic.

MANILA (NNA) – “Governments are using the coronavirus to build the architecture of oppression,” said Edward Snowden on 10 April 2020. It is still unclear where the Philippines stand with the pandemic, there is still great fear of the virus and 86 percent of the population consider the lockdown measures to be appropriate, while the department of health still seems incapable of dealing with the crisis.

Since the beginning of the year, the country has been slipping from one disaster to the next, democratic freedom is more restricted than ever, the suffering of a majority of the population has increased massively and one would think that politicians are working feverishly on public welfare problems – but realities are already being created very quickly to cement the state of emergency, including a law to combat terrorism.

As early as February, the senate had presented a bill on counter-terrorism which was adopted with only the Green Risa Hontiveros and Waldorf father Francis Pangilinan voting against. Various non-governmental organisations such as the International Coalition for Human Rights in the Philippines (ICHRP) and the National Union of Peoples’ Lawyers (NUPL) feared abuse, but the public did not pay much attention to the matter. Now, on 1 June, the president suddenly put pressure on the congress and classified the adoption of the law as “urgent”.

Some members of congress criticised the haste, especially in the pandemic, where the president has extensive powers anyway. However, as early as the following Wednesday, congress voted overwhelmingly in favour of the draft, without regard to suggestions for improvement and despite the fact that some provisions contradict the constitution. Now the president just has to sign it and after a period of 30 days the law will come into force.

Both Filipino and international lawyers consider it to be clearly unconstitutional. Belatedly, fifteen of seventy-one co-authors of the law have subsequently withdrawn their authorship, and five MPs want to see their votes revised. To what extent such revisions are possible at all is another question.

The ministry of justice also took the floor. Since the weekend, its officials have been scrutinising the law and checking it for constitutionality. The result could theoretically be a recommendation to the president not to sign the law but critics ask why a president would not sign a law that he called urgent just a few days ago.

What´s in the bill

·         Persons who are described as terrorists can be arrested without a warrant and held for up to 24 days.

·         The arrests may be ordered by members of the cabinet. An anti-terrorism council yet to be formed will have the right to name terrorists and order arrests – apparently legal decisions are delegated to the executive.

·         Suspects and their acquaintances can be monitored.

·         The definition of terrorism leaves the door open to abuse – all those who are unpopular with the government can be called terrorists because rights already guaranteed by the constitution, such as freedom of opinion, demonstrations, writings, posters and presentations, can be called terrorist acts if the decision-makers so wish – without the possibility of defence or appeal.

Especially deputies from the island of Mindanao, where the biggest problems with actual terrorism exist, voted against the law. They would know from experience that draconian measures do not eradicate terrorism but strengthen it. “Exclusion, neglect, oppression, abuse of power and suppression of rights and freedom – this is what leads people to violent extremism,” said Basilan deputy Mujiv Hataman, explaining his no. And Carlos Isagani Zarate from General Santos added that the disregard for human rights under Duterte is worse than under Marcos’ dictatorship, because “they make a law that proudly and unashamedly allows government officials to violate human rights.

The anti-terror law will further strengthen the already highly militarised government policy in the pandemic, where thousands have been arbitrarily arrested and charged, regardless of context, including at least 172 political activists. For example, a man who, in order to keep his family alive, was offering goods for sale on the side of the road despite a curfew, was beaten half to death by policemen and thrown into prison, while the police chief of Manila, General Debold Sinas, held a big birthday party in defiance of the rules and was protected by the President.

Dissenters or just people in need (hunger, for example) are routinely called communists, bombarded with derogatory language, threatened or abused. For example, the extradition was demanded of a Filipino woman who works in Taiwan and had expressed displeasure with Duterte’s policy on Facebook – the Taiwanese government did not agree to this request. Prostitutes, who often finance an entire extended family, have been proven to be abused by police officers in order to carry out their work under the lockdown. They must first do the will of one or more police officers before they are allowed to meet with a client.

According to a report just published by Justice Mission, the sexual abuse of children in the Philippines,  as young as babies, via online channels has tripled in the last three years. Most of the time, parents in need film their own children engaged in sexual abuse for a fee. It is impossible to imagine how the plight of starving families during the pandemic has affected the fate of children in this country.

Why the anti-terror law is still needed is not clear because the government and police are already behaving in a way that is not very constitutional – witness the demonstrations and protests that took place in response to the law’s passage. In Cebu, for example, the police were on standby long before a demonstration began. They entered the university campus, although the police are only allowed to do so with the permission of the university administration, broke up the demonstration violently and quickly, handcuffed some prominent demonstrators without being able to give reasons or warrants of arrest, and took away their mobile phones. The police blocked ambulances that were trying to enter the grounds to treat injured people.

Another example is the artist Bambi Beltran, who was surprised by police in the middle of the night half-naked in her house in Cebu at the end of April. She had to spend the night tied to a chair and without any possibility to go to the toilet in police headquarters. Her crime: a satirical Facebook post that Mayor Labella called “fake news”. Labella is a friend of Duterte, who helped him to get the post. Beltran was held for 60 hours without contact with the outside world and is threatened with 18 years in prison. The background to this is her critical comments about Duterte. Beltran was the only non-journalist selected by the German broadcaster Deutsche Welle as one of the 17 winners of the Freedom of Speech Prize.

All this is happening against a backdrop of wastefulness and misuse of public money and extreme new debt. The whereabouts of large sums of money for dealing with the pandemic remain largely in the dark, and where information is available, the government apparently makes purchases at two to four times the normal price – evidence enough for critics to suspect that the Covid Fund is mainly used to buy the approval of politicians, the military and others.

A further indication of this is that on 1 June, congress waved through a massive increase of 500 to 1000 percent, depending on political office, in permitted sums for election expenditures with only one abstention. This self-serving attitude of the deputies leads to a further privilege of rich candidates and makes it very difficult for poorer candidates and groups.

Meanwhile, a report by the UN Human Rights Office was published on 4 June listing serious human rights violations in the context of the war on illegal drugs and to protect the state under the Duterte regime. Lack of prosecutions and massive obstacles for the courts were an urgent matter, the report says.

It criticises not only the “widespread and systematic killing of thousands of alleged drug suspects” and of human rights defenders, but also the language used, such as talk of “neutralising suspects”. “Such ugly and threatening language, combined with repeated verbal encouragement from the highest levels of state officials, may have encouraged the police to use lethal force,” the report says. House searches were routinely carried out without a warrant and investigations clearly showed that evidence was being falsified.

In addition, the arrest of alleged drug criminals is an additional burden for vastly overpopulated local prisons.

The anti-terror law passed in the first week of June is intended to combat terrorism and the 50-year-long communist uprising. It comes at a time when dissatisfaction with the management of the pandemic is growing. It is to be assumed that not only is it intended to stifle any opposition that may emerge, but also criticism in connection with the “new normal”, the main aim of which is to make the country’s riches more easily accessible, especially to Chinese companies.

Congress is already working on a law on 100 percent foreign participation in public services. Besides the two Philippine telecommunications companies, a Chinese company is currently entering the market. Duterte’s allies are working on constitutional amendments that will, among other things, allow foreign control of land and water.

Such massive changes could lead to a merger of opposition forces, and the anti-terror law is probably intended to prevent exactly that. Because with this law, the only thing that is needed to name someone a terrorist is for a decision-maker to say so –  and they are appointed by the government and act in its interest.

Is it just a matter of money? Not only will the coming generation suffer from the mountain of debt that is now emerging but taxes for ordinary citizens have been rising for some time already and will continue to rise while the government is at the same time courting foreign investors. Since the beginning of his reign Duterte has surrounded himself with police and military. The terrorism law will certainly not eradicate terrorism, but instead it will legalise state terrorism. 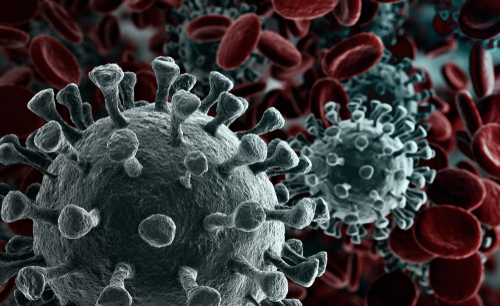