Radioactivity as a moral challenge

LEIPZIG (NNA) - The series of events that led to the nuclear accident at Fukushima have once again made it abundantly clear that present thinking about the environment has not developed to keep up with the rise of radioactivity as a “force of nature”.

Its effects will remain a challenge to humanity through to the end of this century and beyond. This was the central thesis of a talk given by the physicist and theologian Dr.? Hans-Bernd Neumann at the Leipzig book fair at an event organised by anthroposophical publishers. Neumann's talk was based on his book, “Radioactivity and the human being”, published earlier this year (see reference).

The scientist described the current information released about the accident in Japan as creating a “false sense of security”. The policy of those in charge was shaped above all with the aim of preventing unrest or panic in the population. Thus the widespread assertion of a “cold emergency-shut off” of the damaged reactor was bordering on a lie, Neumann said.

Nobody knew exactly what happened in the reactor blocks: “It's all purely conjecture,” he added. The plants were so highly radioactive that in the best-case scenario it could take ten years before the situation inside was able to be properly assessed.

The atomic threat resulting from Fukushima had already disappeared from public consciousness. As already seen in the case of the Chernobyl meltdown, many indulged in the illusion that this is simply an isolated case. “In the case of Chernobyl, the social wrongs of the Soviet Union could be held accountable. Here it's the operator of the plant, Tepco,” Neumann said. He put forward the idea that currently people have a basic problem in understanding the scope of the damage that radioactivity can cause.

Our “thinking determined by logic” was no match for the forces discovered by researchers in the twentieth century. With nuclear fission, but also through the opportunities created by the splitting of the atom and the growing possibilities of current nanotechnology, science was pushing at the boundaries.

In Neumann's belief both art and religion were standing on a comparable threshold. Just as with Kandinsky's theories of art and modern electronic music, that ask the listener to become a part of the work of art itself, modern advances in physics such as the Heisenberg uncertainty principle and the discovery of quantum mechanics had changed our understanding of knowledge and reality. Reality was thus also created out of human consciousness, Neumann said. The logic of antiquity that prevails in modern thought emanated from the viewpoint that everything is either true or false and did not allow justice to be done to these new developments.

As a result, the “natural power” of radioactivity, the principle on which nuclear power plants are operated, could fundamentally not be controlled with current thinking. Moreover, Neumann underlined power plants pose a threat wherever they are located in the world, be it due to geologically unstable locations, such as those in areas prone to earthquakes, or due to inadequate operating teams. There is no “manageable residual risk” when it comes to radioactivity. Plutonium for instance, which has a half life of over 500,000 years, is “one of the most dangerous substances on earth”.

He explained the effects of radiation on the life forces, describing it as “an assault on the capacity to stay alive”. The key element here was the long term effects. Only a few victims of the Fukushima accident were affected by the primary radiation, which in the short or medium term leads to death due to the cells losing their ability to take in water. According to Neumann, the actual effects would begin to be seen at the end of the century, as the following generations developed genetic mutations. This threat to the lives of the future was a “gesture inherent in radioactivity”. Due to the effects of globalisation and the way in which people mix, it was a distinct possibility that these genetic mutations would spread far beyond the affected area.

In this regard, Neumann pointed to the already existing possibilities of prenatal diagnostics. Taken together with the above thought it became apparent that when it comes to the use of radioactivity many enormous challenges lay ahead.

He therefore posed two final questions raised by the “natural power of radioactivity”: “How will we handle what it means to be human in the future?” and “What can we currently do at a deeper level to strengthen our life force and set the processes needed for life in motion?”

A question by the event’s moderator, Jens Heisterkamp, related to a narrowly averted accident at the Swedish power plant Forsmark in 2006, a subject that Neumann had himself raised. Only through the action of one of the workers at the plant in breach of the rules was a meltdown avoided, explained Neumann, and with this example again proved his thesis that there will always be a sustained danger from the use of atomic energy.

For viewers of the ARTE TV channel, which had devoted an evening to this theme at the beginning of March to commemorate the anniversary of the Japanese accident, the evening with Neumann offered a wealth of shocking, because corroborating, background information.

In its contribution on the anniversary of the Fukushima incident, ARTE also revealed the extent to which the scale of the catastrophe had been covered up, both inside and outside Japan, as well as that the danger posed by the decaying reactor was far from a thing of the past.

The ARTE reporter accompanied Japanese scientists while they were taking their measurements, attempts which the Japanese authorities tried to prevent. However, on their own initiative they checked the radiation levels in many of the restricted and evacuated areas directly after the accident. A number of the scientists had also participated in research at the Chernobyl reactor so that they could include comparisons between there and the situation in Japan in their analysis. According to this information the radiation levels in the restricted zone at Fukushima are fourteen times higher than in the corresponding area at Chernobyl.

The programme also mentioned that a storage facility for fuel rods exists in block four of the Fukushima plant, a fact confirmed by Neumann. There was no precise information about its state. One thousand five hundred fuel rods were kept in the holding basin which might be reactivated if there was a failure in the cooling system. The ARTE report referred to this as a “ticking time bomb”. If there were an accident here, an evacuation zone of 250km would have to be declared - the Japanese capital Tokyo would unavoidably be affected. 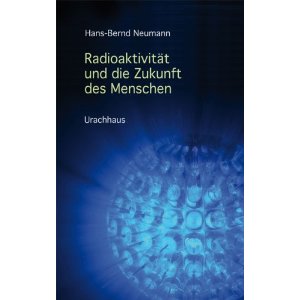