Having returned to action in the Mediterranean after several months confined to port, the rescue ship Sea-Watch 3 has once again been detained in what Sea-Watch describes as “politically motivated harassment”.

BERLIN (NNA) – Having returned to action in February rescuing refugees at risk of drowning in the Mediterranean, the rescue ship Sea-Watch 3 has once again been confined to port in the what the rescue organisation Sea-Watch described as “politically motivated harassment”.

“Last Sunday, our ship was detained again after a port state control in Augusta, Sicily. One of the absurd accusations is that the ship was carrying too many people,” the organisation writes on its website.

Sea-Watch accuses the Italian authorities of ignoring the decision of the administrative court in Palermo, “which only a few weeks ago questioned the use of politically motivated port state controls for the purpose of blocking rescue ships and in the course of this lifted the blockade of our ships.”

Before resuming its rescue work on 19 February,  Sea-Watch 3 had used its enforced break to carry out maintenance work and conversions in Spain with the help of dozens of volunteers. Both the flag state Germany and the Spanish authorities had confirmed the safety of the vessel, the rescue organisation writes. The crew had come on board after completing quarantine and with a negative PCR test.

These blockades, which affect not only Sea-Watch but also other civil sea rescue ships, were active attempts by the authorities to reduce the chances of survival of people trying to cross the Central Mediterranean via boat: “The sad balance sheet of the last few months shows that this deadly strategy is working: in 2021 alone, at least 232 people have already drowned while trying to cross the Central Mediterranean,” Sea-Watch says.

As a next step, Sea-Watch is hoping for a positive decision from the European Court of Justice in the near future which is currently dealing with what the organisation describes as “the legality of politically motivated port state controls and the subsequent blockades of civil sea rescue ships”. The Palermo administrative court had ordered the referral to the European Court of Justice of the appeals filed by Sea-Watch against the administrative detentions affecting the vessels Sea-Watch 3 and Sea-Watch 4.

“An end to these arbitrary port state controls is an important step to protect all NGOs and rescue ships active in the Central Mediterranean against arbitrary action by the authorities. If the European states are not willing to rescue people in distress at sea, the least they can do is let us do our work in peace – solidarity with refugees cannot and must not be a crime,” Sea-Watch declares.

It was a burden on Sea-Watch to have to defend itself legally, but it had another ship, the Sea-Watch 4, which would soon return to the area of operation: “Numerous activists and our crew are currently working at full speed in Burriana, Spain, to get the ship ready for the next mission as soon as possible.” 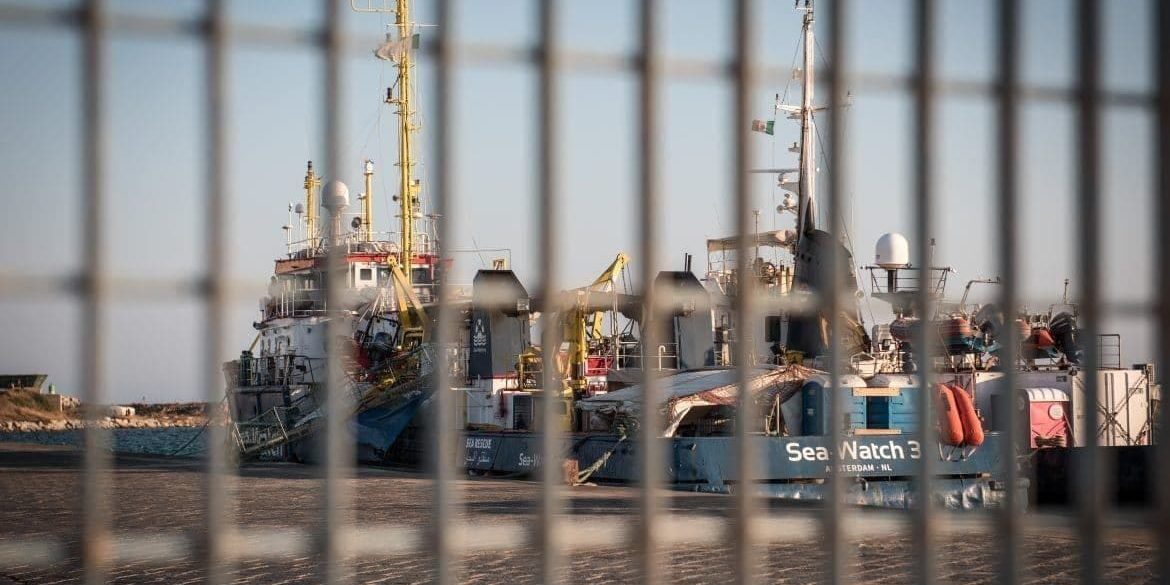