The courage to take responsibility

ESSAY | Greta Thunberg und Edward Snowden have become known for their resolute action. At first sight, both have little in common. But at second glance there are parallels which can move us profoundly, writes Stefan Ruf.

STUTTGART (NNA) – It is striking: the two people who on a global “hero ranking” probably occupy the top places could at first sight not be more different.

Greta Thunberg, the 16-year-old school student, focused on a natural phenomenon the threat of which grows more intense from one year to the next because of our actions. Edward Snowden, one of the first “digital natives”, twice Thunberg’s age, focused on a technical phenomenon which was his spiritual home: the World Wide Web.

So far so different. But at second glance there are parallels which can move us profoundly – as we can read in the family autobiography of the Thunbergs, Our House is on Fire, and Snowden’s recently published autobiography Permanent Records.

Both devote their activity to separate phenomena which, however, on closer inspection reveal surprising similarities. Of course the earth’s atmosphere and the World Wide Web are different entities. The earth’s atmosphere is natural – a wonderful enveloping membrane at the boundary between the cosmos and the earth, between the unsubstantial and substance. The World Wide Web, in contrast, is technical in origin. That is clear. But the world-spanning Web which unites us all also lies at the boundary between the unsubstantial and substance. And both are shaped by us.

In the World Wide Web our influence is evident. But the atmosphere, at least its lower part, the troposphere, is shaped in part by everything there is: soils, plants, animals and us humans. And in both “webs” we can currently see many negative sides caused by humans. Both inherently posses power and magnitude which stretch beyond the individual. In both a scenario is currently brewing which should not only cause us profound concern but also urge us to take immediate action: we are talking about individual and social transformation.

If we fail radically to change our ecological behaviour, then as things stand the conditions under which our children will live will have little in common with today. The same can be said about the digital manipulation and control by extremists, researchers, corporations and governments who are creating a social entity which we never really wanted. But here too we play along.

But Snowden and Thunberg – and this is what makes both of them so special and comparable – dared to take a major step in their lives and stopped playing along. One of them, in that she went public despite her “social phobia” and demonstrated in front of the Swedish parliament. The other, by smuggling data out of a high-security bunker complex under a pineapple plantation on Hawaii at the risk of his life and fleeing to Hong Kong.

Both of them displayed a great deal of courage. Yet their action did not come out of nowhere but was the result of a personal crisis and severe depression. Greta Thunberg threatened to become mute over the state of the world, hardly ate any longer and drove her parents to despair. Edward Snowden sat on his sofa for months, hardly able to leave the room, when it became clear to him into what kind of perfidious and sophisticated surveillance system people like him had turned the Web. Both reached a turning point with the decision to follow their conscience and take action.

But what does that mean, conscience? For both of them it appears to be connected with an insight into the moral responsibility towards something higher within and without them, a higher good than the satisfaction of their direct personal interest and wants. Since then, both of them have felt a strength within them which is the opposite of depression, a strength which helps them to deal both with the incredible admiration and the hate towards them. Yet both of them “never regretted” it.

Their destiny and frame of mind are not that unique. They are people who have started – as so many others – to take responsibility for their actions and the world. The only difference is that they understood earlier what it means to be globally connected – technically and naturally. And they understood it not just on a rational level. They appear to feel it; which is why they had to go through a great deal of pain.

They performed “work out of desperation”, as the Californian ecopsychologist Joanna Macy describes it. But having passed through their crisis of life and meaning, both of them have gained in strength and intensity of life which is exceptional.

Every person has access to similar inner strength, to their spiritual potential – in order now together to ring in a paradigm change.

Published with kind permission of the journal Erziehungskunst 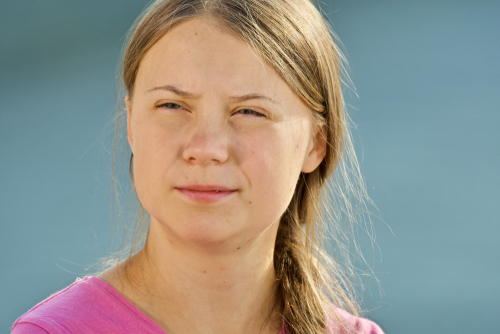